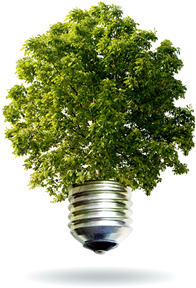 The world is facing both continuous growth in the amount of waste generated by human activities and the rising scarcity or depletion of natural resources. Under these circumstances, we must increasingly focus on recycling and reusing waste rather than on ways to dispose of it. The conversion of waste into a resource is essential to alleviate the scarcity of resources and continue world growth, as well as to protect the planet's natural equilibrium.

In some states, there are legal alternatives for disposing of hazardous waste, like treatment, incineration or licensed hazardous waste landfills, in addition to recycling. But none of these options provides the added environmental benefits that are inherent to recycling.

Lamps, batteries, ballast, electronics and computer equipment usually contain mercury, lead and other heavy metals, polychlorinated biphenyls (PCBs) or other harmful materials, all of which are considered toxic and hazardous to human health and the environment. The federal government and all 50 states have enacted rules and regulations to manage recycling these materials. Failure to manage these items in accordance with regulations may put you and your company at risk as well as endanger public health.

Mercury has traditionally been used in fluorescent lamps, electrical devices, precision instruments, medical apparatus, and in conjunction with other elements to form compounds for industrial applications. Despite its widespread use, mercury is considered a hazardous material that needs to be disposed of properly once it is removed. Improperly disposing of mercury may lead to contamination of rivers, lakes and drinking water, thus increasing risk to the environment and human health. Mercury contamination and exposure has been linked to cardiovascular diseases, mental retardation and neurological disorders.

Lead is a highly toxic metal that was used for many years in products such as CRT monitors and can be found in and around our homes. Lead may cause a range of health effects, from behavioral problems and learning disabilities, to seizures and death. Young children are most at risk, because their bodies are growing quickly.

Polychlorinated biphenyls or PCBs were traditionally used in electrical applications and may be found in electrical equipment such as transformers, ballast, capacitors, circuit breakers, switches, bushings and cable. PCBs were widely used as a fire insulator because of their ability to withstand exceptionally high temperatures. Concern over the toxicity and persistence in the environment of PCBs led Congress in 1976, to enact the Toxic Substances Control Act (TSCA) that included among other things, prohibitions on the manufacturing, processing, and distribution in commerce of PCBs. PCBs have been demonstrated to cause a variety of adverse health effects. PCBs have been shown to cause cancer in animals. PCBs have also been shown to cause a number of serious non-cancer health effects in animals, including effects on the immune system, reproductive system, nervous system, endocrine system and other health effects. Studies in humans provide supportive evidence for potential carcinogenic and non-carcinogenic effects of PCBs.